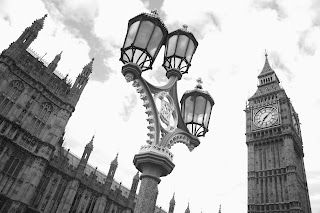 I was very fortunate to have successfully applied, via the Liberal Democrats' Diversity Unit, for a day's experience work shadowing an MP.

The purpose of the initiative is to give candidates of under-represented groups (I'm bisexual and from a low socio-economic group, just in case you were wondering) the opportunity to gain valuable insights into the work of an MP, the parliamentary system and the democratic process in action.

Whether by accident or design I found myself paired with a Scottish MP - the member for Edinburgh West, Mike Crockart.  I must confess to not having known a great deal about Mike prior to yesterday, other than that he represented an Edinburgh seat and that he expressed opposition to tuition fees - going so far as to resign his post as aide to Michael Moore in order to vote against the government's proposals.  As he said at the time, "I believe that access to Higher Education is a key enabler to social mobility and the best way to narrow the gap between the richest and poorest in society."  I didn't disagree with him then and I don't now.

There are a number of benefits to work shadowing an MP and, in my view, getting to know a bit about the MP as both a politician and a human being is definitely the principal one.  Yesterday, I spent a bit of time with a down-to-earth former policeman with a practical knowledge of pertinent issues and a passion for social justice, who is driven by principles of fairness and a desire to eradicate social inequality; a solution-focused man determined to make a positive contribution in the often frustrating world of Westminster politics.  What is also apparent is that, similarly to other MPs, he is a deeply human person who has made a great deal of personal sacrifices to pursue a career in politics, which is a quite sobering but necessary consideration for someone with similar aspirations.


The fact that Mike refuses to use unpaid interns impressed me (too obviously, I think).  That he also champions greater use of plain English further endeared him to me.

Other things that made a key impression were his workload  - it seems in the modern era MPs really do need limitless energy (something that, fortunately, Mike appeared to have) or to be better equipped to deal with the enormous amount of enquiries and casework that comes their way.  It was also quite striking how important communication is to politics; in fact, it seemed if there is a singular thing I should take on board from yesterday's experience it is that politics is all about communication rather than policy, debates or party philosophy. Communication is central to how we broadcast our message as a party and as individuals; how we keep in touch with, and represent the views of, constituents; how we are publicly perceived and how we facilitate the change we believe in. And, naturally, a great deal more besides.

What also heavily impressed was the strange, uncomfortable, suffocating culture of Westminster.  Unlike Holyrood, the Commons simply doesn't feel like a place of work.  It was also fascinating to observe the influence and presence of interest groups, all keen to persuade parliamentarians to commit to policies - some sensible, some not.  I have no doubt that these groups serve a useful purpose and that MPs are not easily-led by their arguments, but what was plainly obvious is that they have become powers in their own right and are acutely aware of it - further evidence of the emerging professional political class I am so opposed to.

I sat through a meeting of the Joint Committee on Human Rights, which was not quite as interesting as it sounds.  Much of the discussion was of a technical nature and related to points of law that I, and no doubt some of the parliamentarians, were not too familiar with.  What was interesting to see was how well briefed MPs are for their committee work and the inter-personal dynamics between the committee members.

I feel a gained a fair amount from work-shadowing Mike, but I'd also like to thank his office staff for going the extra mile to accommodate me.  For someone living in the West of Scotland, who cannot simply spend long periods working in London for free, such opportunities are invaluable and quite rare.  It is a fantastic initiative that the party has launched and we have the amazing Roxana (from the Camapign for Gender Balance) to thank for it.  Hopefully, we could make it less London-centric in the future and create similar opportunities at Edinburgh and in Cardiff?

I have some criticisms, not least that the party's energies at facilitating diversity are largely focused on women, ethnic minorities and gay/bisexual people.  That's not to say the efforts being made are not appreciated, far from it.  Nick Clegg is right when he says the party is "too male and too pale".  But the party is also too "middle class", for want of better terminology and that represents an even bigger problem.  We need to do far more to engage with people from lower socio-economic backgrounds and bring them into active politics.  Also, party initiatives tend to be centred on London - not terribly great for some of us (I think I've been sat on a coach for so long in the last few days I'm developing a quite serious pressure sore) who, for reasons of cost and accessibility, would prefer more local opportunities.  While I am grateful for the support the diversity initiative is giving people like me in going through the approvals process and accessing training opportunities, I am also concerned that those of us who, for no fault of our own, happen to be either white or male have to essentially wear their "minority status" on their sleeve as some kind of badge or identifier.  I'm quite uncomfortable with this, and told Roxana - who, in fairness, understood this and is ahead of me in facilitating solutions.

All in all though, the work shadowing was a positive and hopefully useful experience.  My thanks go to all involved.

(And, if you wish to know what I was doing at 7am yesterday, the clue is in the picture!)
Labels: diversity Mike Crockart Westminster work shadowing