Labour conference supports PR - what next? 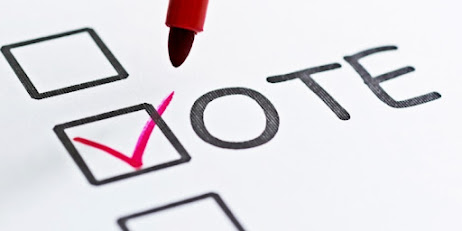 In a move that represents a huge step forward for UK democracy, Labour Party Conference has voted for a manifesto commitment to proportional representation for general elections.

This is a very welcome development and not quite the surprise some commentators seem to be suggesting. There has been a shift of thinking within the Labour Party on PR in recent years, with many members recognising that the First Past the Post (FPTP) electoral system no longer serves their party well - if ever it really did. Significantly, the motion was supported by a majority of members and affiliated unions - lest we forget, certain trade union leaders have in the past been extremely vocal in their opposition.

It's terrific that Labour's members have chosen to be on the right side of history in voting for a fairer electoral system. And while it's fantastic news for those of us who have long been supportive of electoral reform and frustrated with Labour's historical lack of commitment to change, the devil as always is in the detail.

What is likely to happen next?

Let's take a look at what the motion actually said and what actions it commits the party to. The full text of the motion can be read here. Essentially, it determines that FPTP is broken and danmaging to our democracy and can only be fixed by adopting PR. Conference resolved to achieve this by the following:

* Labour must make a commitment to introduce Proportional Representation for general elections in the next manifesto.

* During its first term in office the next Labour government must change the voting system for general elections to a form of PR.

* Labour should convene an open and inclusive process to decide the specific proportional voting system it will introduce.

Let's not get too excited. The first of those actions is very welcome, although I see no reason to limit the use of PR to general elections. However, it is clear that conference had no clear path in mind. There is a commitment to changing the voting system from PFTP, but no consideration has been given to what may replace it. In terms of the decision-making process to determine the electoral system to be adopted, the reference to an "open and inclusive process" raises significant questions. Will this be an internal party process or a wider - even national - consultation? Will it involve other parties? Could it facilitate a constitutional convention to consider the options and make recomemndations? How will Labour work with other opposition parties and groups such as the Electoral Reform Society and Unlock Democracy to achieve these ends?

Crucially, this decision does not yet represent Labour Party policy. Neither does it mean that the commitment to PR will be included in the party's next manifesto. Labour conference does not have the same policy-making powers as the Liberal Democrats' conference. The leader continues to exert a significant degree of influence and Keir Starmer has indicated only last week that PR "is not a priority". Several Labour MPs have expressed similar views. There will be no change in the near future without the leadership backing it.

All the same, this is a monumental moment for UK democracy. The major parties are all broadly agreed that FPTP needs to be consigned to the history books. Only the Conservatives support the status quo, which is yet another reason to vote against it.

What happens next is crucial. The conference vote must be followed up with lobbying of senior Labour figures. Pro-change activists from across the political must unite - not only to convince the likes of Starmer of the need for electoral reform but to persuade the public that change is in their interest. In 2011, AV was rejected in no small part because of Nick Clegg's deep unpopularity; the Conservatives' current predicament similarly can be used to urge support for a particular outcome. With imaginative and clever campaigning, we can make support for PR become mainstream political thought.

It is encouraging that already the influential New Statesman has criticised Starmer's opposition to PR. My hope is that more such criticisms from similar media outlets, pro-democracy groups, party members and growing public appetite for change will lead to a change in direction from Labour's leadership. We can't allow them to dismiss this as something of minimal public interest. As Neal Lawson wrote in the New Statesman, "democratic renewal is not a luxury but a first-order issue. Nothing big or meaningful can happen without it."

If Keir Starmer and the Labour Party do take this forward and it becomes both party policy and a manifesto commitment, then the work starts immediately. We do not wait until after the next general election to make the case for change. Whatever "processes" the Labour Party will establish to determine which system is adopted, work must begin as soon as possible and thinking must be developed in advance of the election so that voters have a reasonably clear idea of what they are actually voting for. We can't wait until a Labour victory to have the important conversations that will shape our electoral system for the next generation (or longer).

So, thank you Labour conference. Now, let's make this happen. Mr Starmer, it's over to you...

John of Louth said…
Keir Starmer has stated that PR will not be in the Labour Party manifesto, and that it is a low priority for him. Since he has control over what his party presents at a GE, this is a major obstacle, which is not reflected in the tone of the article. Also, AV failed in 2011 principally because Labour sat on their hands, and didn't support a change in the voting system, not because of Nick Clegg's alleged unpopularity.
6:51 am, September 27, 2022

Andrew said…
Thanks John - I don't think I deny anywhere within this post that for PR to even enter Labour's manifesto Starmer needs to move his position. But if enough party members, MPs and members of the public demonstrate can exert some pressure on the leadership it will be harder for him to justify the "not a priority" stance.

As for the 2011 AV referendum, you're right, Labour didn't help. Note that I say "in no small part because of Nick Clegg's deep unpopularity" and not "primarily because of Nick Clegg's unpopularity". There were multiple reasons for the failure of the AV campaign (including the lacklustre nature of the campaign itself) but certainly on the doorsteps what I heard was hostility to the LDs. It was certainly a factor, and given the AV referendum happened at all ebcause of Lib Dem demands it isn't hard to see why many considered it a Lib Dem "pet project".

The point is that support for real change now comes from the memberships of all the main parties aside from the Conservatives, and that the Tories' continued opposition to it helps to make the case.
8:30 am, September 27, 2022