We need to talk more positively about mental health 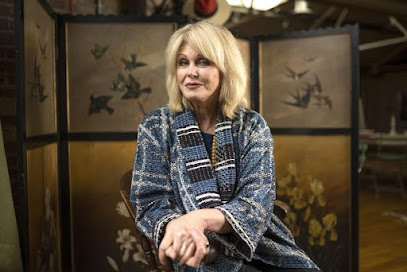 Joanna Lumley is in the news today for speaking about mental health.

She says: "When someone dies and you grieve, that’s human. That’s what being a human is. You’re not mentally ill.... I think the mental health thing is being overplayed at the moment because anybody who is even remotely sad says they have got mental problems... And I think it also is awful to people who really are mentally ill or are properly clinically depressed, for everybody to say they’ve got to have some sort of special treatment. Everyone’s claiming the mental illness bandwagon and I think that’s wrong. Although much derided, the stiff upper lip and not blubbing and trying to get on with it…"

Well, the most dangerous myths are always those with a grain of truth in them. She is right - there is a medical distinction between people who have reactive depression and those with longer-term clinical depression, or between people who have acute stress disorders and those with chronic disorders such as schizophrenia. How we treat people in a clinical environment depends on a range of factors including presentation, symptomology, response to previous treatment and even social factors.

An overly medicalised approach to mental health may seem scientific, but it is anything but. And it is certainly not helpful to seek to make distinctions between people who "really are mentally ill" and those who are... well, not worthy of our empathy and who just need to employ the "stiff upper lip". It's the psychiatric equivalent of the often-made distinction between the deserving and undeserving poor.

There's nothing surer to create poor mental health than the insistence that everyone should "just get on with it" rather than seek support. Looking for someone to talk to when you're feeling low is not "jumping on a bandwagon".

Mental health is also a highly personal thing, which is why treatment is also very much tailored to the individual. What works for one person may not work for another; what affects one person's mental health in one way may have a different effect for someone else. Unfortunately Ms Lumley's remarks, in addition to being dismissive and insensitive, make gross generalisations.

Generalisations are usually dangerous and this one is no exception.

This week I have sadly lost two friends, one of whom was a next-door neighbour. I have also lost a work colleague who was only 27 years old. My neighbour, Maggie, leaves behind a 40-year old son who has lived with her for the last 7 years to support his mum with her physical health difficulties. I don't think he would mind me saying that his mental health is not in a great place right now, which is why I (and other friends and neighbours) are offering him some support and hopefully making sure he doesn't feel lonely and isolated. He's struggling to eat or motivate himself. He doesn't have a formal mental health disgnosis, but I would challenge anyone to say his mental health is good at the moment. He needs a little more than "the stiff upper lip" and being told to stop "blubbing". If I remarked that he should "get a grip", as Ms Lumley seems to suggest, I doubt it would help him and would probably appear heartless at best. It certainly wouldn't help someone at breaking point to feel better about themselves. In actual fact, I can't think of anything more damaging to say in the circumstances.

I have no particular axe to grind with Joanna Lumley, but her attitude highlights the need for better understanding of mental health issues and how we should respond, both individually and as a society, to people whose mental health is not in a good place. We need to get away from the idea that mental health is a question of clinical diagnosis and recognise it is about emotional, psychological, and social well-being.

I actually welcome Joanna Lumley expressing her view, because talking about mental health is almost always a good thing and it allows for a wider discussion about what good mental health is and the role we can all play in improving our own mental well-being and that of others. We need to speak more positively about mental health and recognise that it's an issue for all of us - not only those with formalised diagnoses.

nigel hunter said…
Wat would you say to a man who has never had a serious illness then has a stroke that restricts his movement and looks that he is getting better and is then told he has to have a brain operation or he dies.In the meantime he has to wait to get that op. Would not his mental health be a wreck wondering if he will drop dead before the operation arrives.? It is wrong to say grin and bare it,get over it.It depends on the individuals circumstances.
9:48 am, January 29, 2022