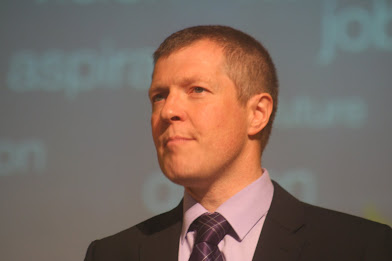 The leader of the Scottish Liberal Democrats, Willie Rennie, has this evening announced that he is to step down after a decade at the helm.

In a statement Willie said his party had "moved the debate and delivered change", but added that it was "time for a fresh face" to take the party forward.

I'm not sure I can agree with him on either point. I think our impact on the wider political conversation has been peripheral at best and that Willie's strength has been not in being a force for change but in providing a ressuring continuity. He has, after all, seen off five Labour leaders during his tenure.

I would agree with the "fresh face" comment if we had any to choose from. Of course our next leader must be an MSP, which means one from either Beatrice Wishart, Liam Macarthur or Alex Cole-Hamilton. I have my own suspicions about which of those will succeed Willie but I won't pre-empt the outcome. However, I don't think any of them will offer any great change in terms of direction and I am not convinced that either will be able to do what Willie has in terms of cultivating a popular image as a likable and personable politician. Neither do I think the Liberal Democrats' difficulties can be turned around simply by a change of leader, even if we did have a "fresh face" available. What the party actually needs are fresh approaches.

Willie has his reasons for stepping down and, after ten years in a difficult job, I respect his decision and his timing. However, I cannot deny that I feel a sadness at this announcement; a sadness that comes as much from losing a leader who has worked tirelessly to rejuvenate the party as it does from the realistation that those efforts ultimately proved unproductive. The innate decency of the man makes the lack of electoral progress even more tragic.

Political leadership is so often judged by results, and if we were to use that criteria then few would call Willie a great leader. However, it would be unfair to take that approach because it misses the bigger picture. While electoral successes have been in short supply, Willie has been a passionate and outspoken advocate for same-sex marriage, better mental health services, greater investment in early years education and transgender rights. He's been on the right side when it comes to the big issues, from EU membership to social equality. While I was openly critical of his decision to join the relentlessly negative Better Together campaign, his efforts to seek a "third way" on Home Rule and federalism are to be commended.

Willie often gave me reasons to be proud to be a Lib Dem. I didn't say this often enough, but I mean it. As the leaders of other parties (and sometimes our own federal leader) tied themselves in knots over same-sex marriage and LGBT+ inclusion more generally, Willie's support was always guaranteed and unequivocal. His instincts were distinctly Liberal. He was always approachable, always interested in other people's perspectives even if he didn't happen to share them.

To say Willie had the misfortune of inheriting the leadership at a difficult time is not to justice to the near-impossibility of the task he took on. He never complained about this, never sought to blame anyone else for the situation. He brought to the role his own unique personality, which included a sense of humour, apparently unlimited energy, an interest in people and a penchant for rather unusual photo opportunties. This may not have won many seats, but he won the respect of many people with his obvious dedication, compassion, personal charm and dignity. He was the "nice man" of Scottish politics - arguably too nice.

The recent Holyrood elections were disappointing to put it mildly, and in that sense it is no real surprise that Willie has decided to stand aside and focus on delivering for the constituents of North East Fife. It is sad - deeply sad - that he was not able to reverse the party's fortunes but it would be impossible to question his commitment to Liberal values. His time as leader has coincided with a lot of positive change within the party, even if there remain outstanding challenges as far as regaining electoral relevance is concerned.

I'm not going to paint Willie Rennie's 10 years in charge of the Scottish Lib Dems as a period of great success. It hasn't been. But Willie has done so much to ensure the Liberal flag continues to fly in Scotland and he deserves our gratitude. In spite of not necessarily being in agreement with Willie on the constitutional question, for the last ten years I have seen him as the best person to lead the Scottish party and I still do. Whatever else can be said, he bought stability and was able to command respect from political allies and opponents alike.

So, thank you Willie Rennie. Thank you for your commitment, dedication, positivity and determination to make Scotland a better place to live. I for one am sorry to see you go and wish you every success for the future.

East Neuker said…
As a constituent, if he is going to focus his attention on his constituents in NE Fife it will be for the first time. He gets elected here because the Tories vote for him because they know they can't win. You make light of his inflexible unionism, but that's exactly why he gets those votes. I don't know him as well as you do, but I have met him and he was deeply unimpressive. The only reason that I have any scintilla of regret about him resigning as leader of Scotland's fifth largest parliamentary group is that the utterly execrable Alex Cole-Hamilton will probably replace him.
9:45 pm, July 12, 2021

William Bryan Google+ said…
IT's A sad fact that Willie is a unionist,if he had supported a Scotland thats
needs to break free of the union, he might have gained votes rather than loose them.
11:19 pm, July 12, 2021