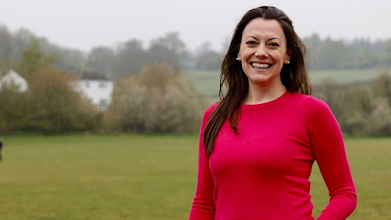 Congratulations to the Lib Dems' newest MP! Sarah Green emerged victorious in the Chesham and Amersham by-election and will now be a powerful voice for Liberalism in the House of Commons.

I don't know what to make of the result other than to express my amazement at the scale of Sarah's majority. When the by-election was first called, I only had a vague idea of where Chesham and Amersham is. As polling began to suggest a very close race between Sarah and the Conservative candidate, Peter Fleet, I became more hopeful that - with a bit of good fortune - we may snatch the seat. The smart money seemed to be on a Conservative hold, and certainly the media believed the more likely by-election upset would be in Batley and Spen, but the Lib Dem campaign felt differently.

I thought we could win - just as I think Scotland could beat England later today - but that it was probably more likely the Tories would just hold on. After all, this is a constuency whose MPs have always been Conservative and the majority to overturn was a whopping 16,223.

How did we not only overturn such an impressive majority but emerge with a Lib Dem majority of over 8,000? Even my most optimistic Lib Dem friends, many of whom had been actively campaigning in the by-election, were stunned at the outcome. No-one expected victory on this scale.

I don't have the local knowledge to comment on the reasons behind this stunning win. I am sure national factors will have played a part, including the govenrment's handing of the Covid crisis and HS2, but similarly I imagine there were many more localised aspects to the result. Not for nothing have the Lib Dems been making gainst at local government level in Amersham and Buckinghamshire this year.

What is clear, however, is that the Liberal Democrat strategy was effective. It's also clear that tactical voting played a significant role, with Labour polling a derisory 622 votes compared with their 2019 tally of 7,166. The Green vote also suffered - not as badly, but their 2019 vote was halved and they failed to keep their deposit.

What is less obvious is why the Conservative vote should collapse so dramatically. With the party having polled nearly 31,000 votes 18 months ago, Peter Fleet secured a mere 13,489 votes. The incumbency factor alone is not enough to explain that. (Perhaps it's the inevitable outcome when the Tories decide to take lessons from Lembit Opik in "How to stop the Lib Dems"...)

What is so sensational about this result isn't just the margin of victory - it's that few people (at least outside the Lib Dems) saw it coming. Nick Tyrone, writing for The Spectator on Monday in a piece headline "The Lib Dems are utterly lost", said: "The Chesham and Amersham by-election is on Thursday. Thank God it’s almost here — hopefully then we can stop hearing any rubbish about how the Lib Dems are set to tear down the Conservatives’ ‘blue wall’ in the home counties. As the campaign has demonstrated, the Lib Dems are miles away from being able to cause such an upset." Even less hostile commenters weren't convinced much was likely to dramatically change, and the bookies gave us a 6% chance of taking the constituency.

This all seems very reminiscent of by-elections in the 1990s, when the Lib Dems developed a habit of overturning sizeable Conservative majorities, often with the help of tactical voters. After this, can the party replicate this kind of result? It will certainly give cause for optimism and renewed self-belief.

What does this result tell us about the Conservatives' prospects in Batley and Spen? Does it tell us anything about Lib Dem messaging? Does the obvious tactical voting point to the fact that the electoral system is unfir for purpose, and that Labour, the Lib Dems, the Greens and potentially others need to campaign for PR?

They're all important questions but, for the time being, I simply wish to congratulate Sarah Green and the Lib Dem team on an outstanding achievement. Well done everyone!