Barbados to become a republic in 2021 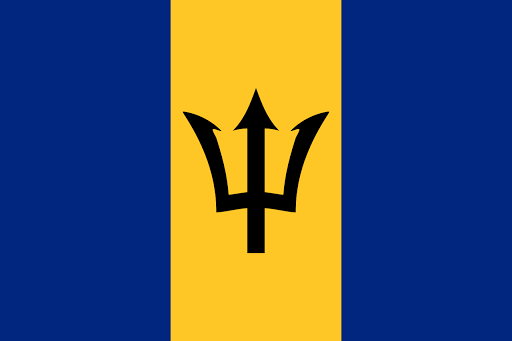 Barbados has opted to become republic, removing Queen Elizabeth II as the nation’s head of state by November 2021.

This will also mark the island nation’s 55th anniversary of independence.

The announcement was made by Dame Sandra Mason, Governor General and the Queen's domestic representative, who outlined the upcoming priorities of Prime Minister Mia Mottley’s government.

It makes perfect sense that, more than half a century after achieving independence, the people of Barbados might want their head of state to be someone who doesn’t live in a palace over 4,000 miles away or owe their position to either historical accident or associations with the Empire and its legacy of exploitation and slavery on the island.

There has been a fair bit of reaction to this development on social media, much of it stemming from a peculiarly British sense of entitlement. Some are affronted by the fact that the government of Barbados has had the audacity to tell Her Majesty that she is no longer needed.

The fact, however, is that Barbados is an independent country and who it chooses to serve as Head of State is its business. I am quite sure there is no disrespect being shown to the incumbent: Ms Mottley’s administration is simply showing a desire to move into the 21st century, as evident by other features of Dame Sandra’s speech including legislating for the introduction of same-sex marriages.

Barbados wants to leave its past behind, which to my mind seems perfectly fair and reasonable. I understand why this might be anathema to those who cling hopelessly to the past, especially outdated notions of subordination to the Queen, but I personally think this is very good news. Not only is an unelected Head of State a relic from a bygone era, the hereditary principle is also an affront to democracy.

I’m impressed that Barbados pipped countries such as Australia, New Zealand and Canada to the post. This announcement hasn’t come from nowhere – there’s been a growing Republic movement in Barbados for some time and parliament has been strongly in favour.

Perhaps the neighbouring nations of Antigua and Barbuda, Grenada, St Vincent, St Lucia and St Kitts and Nevis will follow suit in the near future. The British monarch retaining headship of state more than 50 years after independence is an anomaly built on historic injustice. It’s time to finally close the book on the British Empire.

East Neuker said…
I fully agree, and would also like an independent republic of Scotland. Monarchists baffle me - and, with all that has happened, unionists too.
The UK is going to economically implode within a year, and Scotland will be shattered by this. I can't help thinking that this is deliberate government policy, with Covid providing a convenient scapegoat to hide behind while they prepare for disaster capitalism that will make them rich, and to hell with the rest vow us. Richard Murphy has an excellent (and scary) piece about this on his blog.
12:28 pm, September 16, 2020

Andrew said…
Agreed that if/when Scotland becomes independent it should begin life as a republic.

I also, unfortunately, can't disagree with the forecast of economic implosion and the effect this will have on Scotland. Whether a deliberate policy or not (and I tend to feel this government isn't capable of producing a coherent long-term plan) I think you're right to be concerned with the direction we're heading in.
1:00 pm, September 16, 2020

Anonymous said…
It probably won’t happen, fear of corruption is what stops these islands choosing to become republics. The 2009 st Vincent referendum on a republic failed for this reason. A recent poll in Jamaica even indicated that most would prefer to go back to being a British colony again. I couldn’t think of anything worse than living in a boring, grey republic with an ex politician as head of state.
1:30 pm, September 16, 2020

East Neuker said…
Anonymous, that's typical monarchist twaddle. Not being able to think of anything worse? What's right in front of you now is much worse, and will become more so. There is no logic or sense to the office of head of state being heriditary, it's just part of the class ridden nonsense that fills uk society, especially England, but Scotland too, with snobbery, elitism and economic oppression.
There are a lot of other things which are much much worse, but have obviously been missed by your strange world view.
PS not one of the crown's ex colonial posseions has ever asked to be taken back into Empire slavery.
9:59 am, September 17, 2020