So, goodbye Mrs May 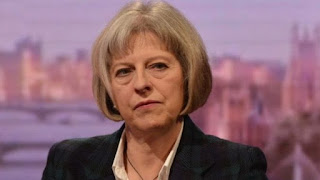 So, the inevitable has happened - and, when it did, few of us felt the slightest surprise or even sympathy for the Prime Minister.

Finally running out of road, Mrs May could no longer kick the can further down it.

For all the talk of "drama", this saga has followed a rather predictable pattern. The PM has consistently used double-dealing stalling tactics to avoid taking decisions until as late as possible, to catastrophic effect. Her MPs have, true to form, backstabbed yet another leader. Take note - it was not the heaviest government defeat in history or Labour's vote of no-confidence in the MP that brought about the end of May. No. It was cowardly Conservative backbenchers, and the 1922 committee considering re-writing their own rules simply to oust her.

Her statement this morning was dignified by the current standards of political discourse, but it was too defensive to be effective in its apparent aim of reaching out to her potential successors, and too selective in its hailing of "government achievements". There was no mention of the "hostile environment" policy, no recollections of the failures surrounding Grenfell, no acceptance that Mrs May's own approach to Brexit has resulted in an even more divided country. The suggestion that the PM has given "a voice to the voiceless" was not only laughably inaccurate but also rather insensitive given the situation that many EU nationals experienced only yesterday when attempting to exercise their democratic rights.

Mrs May also had the nerve to talk about the "family of four nations" and the union which she, more than anyone else in living memory, has helped to undermine. But the most ironic things about her resignation speech was her insistence that "compromise is not a dirty word" and her urging her successor to "find consensus". That the person who coined the divisive phrase "Brexit is Brexit" - who sought Henry VIII powers to override Parliament, who insulted opponents and labelled them "citizens of nowhere" - should eel the need to lecture others on the need for flexibility and consensus is more than hypocritical. Perhaps she realises, somewhat belatedly, that her approach was entirely wrong from the outset.

And this is why I, like many others, have little sympathy for the Prime Minister. She inherited an unenviable situation, but her entire attitude towards it has only worsened that situation. The decision to opt for a hard Brexit was her own; the arbitrary red lines were again her own. Her refusal to gain parliamentary consensus in regards preferred outcomes prior to invoking Article 50 was, again, her own. The toxic, dismissive and arrogant speeches were hers.

So too was the decision to deal with the Democratic Unionist Party in order to impose her will upon Parliament rather than, as a minority government, seek cross-party agreement. So much for the "consensus" instincts she is urging her successors to adopt.

So today when political colleagues (often hypocrtically) praise Theresa May's dedication to public service and when political commentators paint a portrait of her as the unfortunate victim of circumstances outwith her control, I respectfully disagree. I do not accept either of those narratives. It did not have to end like this. The PM could have found alternative ways forward but, having alienated so many people in the early part of her brief tenure, it was always going to prove difficult to bring them on board once the ERG began to make life difficult. It was Mrs May who backed herself into a corner, simultaneously dependant on the likes of the ERG while finding it impossible to appease them. She did not have to cling to her party's right wing; that she did so rather than seek consensus and multi-party collaboration was her decision. She has reaped what she has sown.

BBC News this morning described Mrs May as "The Brexit Prime Minister who didn't deliver Brexit". She deserves to be remembered as such, but let us not forget too she was the Prime Minister of the "hostile environment", of the Universal Credit disaster and of widening social divisions - who used EU citizens as a bargaining chip and failed to respond adequately to the humanitarian disaster that was Grenfell.

So, goodbye Mrs May - the Prime Minister who was always out of her depth. Can there have been many worse PMs? Even Lord North had the courage to admit to his mistakes and take responsibility for the outcome. For all her faults, however, the unfortunate reality is that all of those jostling to succeed her (Johnson, Leadsom, McVey, Raab) are even less appealing.

I feel little sympathy for Theresa May, but I feel a great deal of it for the country that now looks set to have one of the individuals named above imposed upon it as Prime Minister. And that too is a legacy of the outgoing incumbent: her own party, whose interests she always put ahead of the country's, is now so right-wing that the likes of Justine Greening or Dominic Grieve look like Socialist softies by comparison. Their once mainstream voices have become unelectable in the eyes of the party membership.

Theresa May's tenure has been one of failure. Fortunately for her, the distinction of being the most inept person every to occupy 10 Downing Street looks set to last only a few more days...