Why no-one should vote Lib Dem to get a coalition 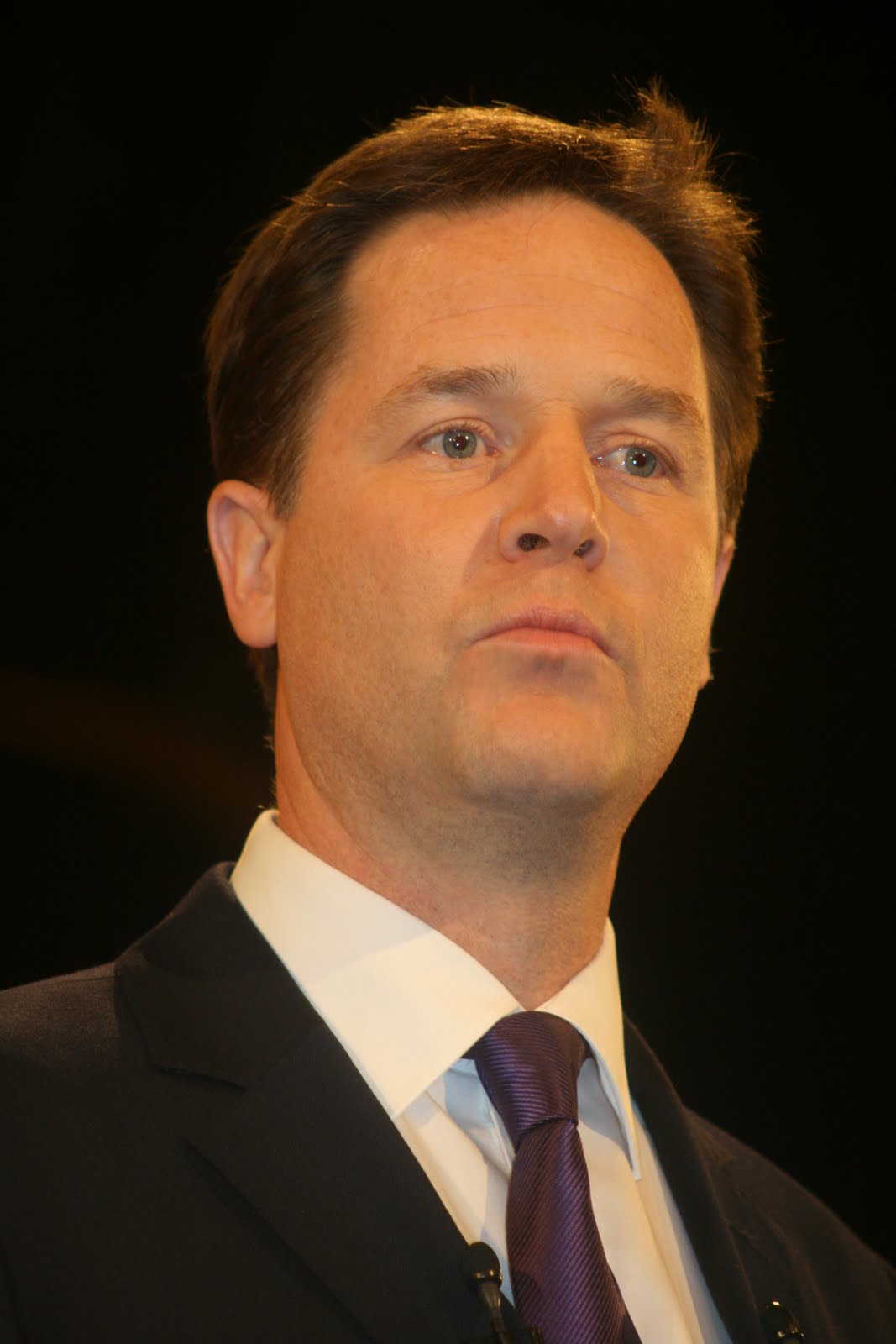 Lib Dem leader and Deputy Prime Minister Nick Clegg has urged voters to back his party as a means of securing a coalition government.

The Sunday Telegraph has reported that Clegg said that has made the case for coalition government and wants the electorate to embrace it: “A strong coalition government, with Liberal Democrats anchoring it in the centre ground and not lurching to the extremes of left or right, remains the best way to make sure we finish the job and finish it fairly" said the Deputy Prime Minister.

Clegg has admirably turned fire on his coalition partners, accusing the Conservatives of  harbouring “an ideological approach to cuts to public services packaged up as continuity [which is] a con. It’s like a mobile phone salesman offering to renew your existing contract and then cutting the amount of calls you can make.” He also warns of Labour economic policy being  based on "huge borrowing and total denial".

All this I understand and to an extent agree with. It's vital that we differentiate ourselves from both Labour and the Conservatives, and it is positive to see Clegg doing it. However. I fail to see why he is appealing to vote Lib Dem in order to effectively ensure a coalition government. Such a strategy is flawed on a number of levels:

1. People do not vote for coalitions. Few people going to cast their votes vote tactically to attempt to achieve a coalition. That would require signficant ability to predict what is happening in all 650 seats. They naturally vote with the overall picture in mind, but the best you could hope to engineer by such tactics is a hung parliament.

2. Guaranteeing a hung parliament will not guarantee coalition. We can no more guarantee that than we can guarantee the abolition of tuition fees. Even in the event of no party securing an absolute majority, there are such things as negotiations, agreements and, dare I say it, other parties to consider. Clegg seems to assume that the Liberal Democrats would be the natural partner of government for both Labour and the Tories if they fall short. This is a serious miscalculation, and the disregard for the inevitable processes to create a workable coalition is surprising.

3. Coalitions are not necessarily good, or desirable. Clegg is making the case that this coalition has been good. Future coalitions may not be. Presumably, he believes this because the Lib Dems have been a partner in the current coalition - which is reasonable enough. But if the Lib Dems have shown that coalition can work, then that is because of the party and not coalition itself. The coalition has not been some kind of constitutional experiment, but an often uneasy partnership through which the minor party has achieved some victories and acted as a brake on Conservative excesses.

After the General Election, the Lib Dems are likely to have fewer seats than presently. The SNP are likely to have more than in 2010, with some polls suggesting they'll end up with the same number of MPs as we will. UKIP are expected to get something in the region of 6 seats, which seems reasonable but is not inconsequential, as the DUP are likely to secure around 8.Those 14 seats together might well make the difference, and it isn't beyond the realms of possibility that UKIP could do better than conservative expectations suggest.

Therefore, it seems possible that multiple options for coalition may be on the cards. There may be a Labour-SNP coalition, a Tory-DUP-UKIP alliance or even a Labour-Tory National Government. I could not with any confidence recommend either of those or imagine that they would necessarily be workable, never mind desirable (a Conservative majority government, for all its dangers, would be preferable to any kind of deal with UKIP and the DUP). Denying the larger parties a majority is one thing; creating a workable, strong coalition government quite another - and it is plainly foolish to assume that Lib Dems would necessarily be involved in any talks, let alone coalition. No-one will have to talk to us (just as we didn't talk to the SNP in 2007).

Furthermore the "vote Lib Dem to ensure coalition" idea doesn't quite grasp the reality that their are alternative ways to facilitate hung parliaments, such as voting UKIP. Indeed, the more seats the SNP take from Labour in Scotland, and the more seats UKIP take from the tories in England, the better the chance of creating the conditions in which coalition is possible. I'm not quite sure that's what Clegg's advocating, though...

4. Coalition might not be good for the Lib Dems. Even if a deal was possible, would it necessarily be in the party interest? Committing ourselves to coalition before we know who our partners might be or what sacrifices might need to be made is absurd. This coalition has provided us with some opportunities, but they have come at a price. Would we necessarily want to do this all again, especially so soon after paying likely electoral consequences for the previous coalition? How can Clegg be confident that any agreements would work in our interests? Might it be the case that the party decides a period in opposition might be preferable for several reasons, and not exclusively from the perspective of avoiding electoral punishment.

I appreciate Clegg's perspective, but a coalition government is not good by definition simply because of the presence of Liberal Democrats. It all depends on the detail.

5. It rather sounds like a pledge. And we know how well they go down. "Vote for us and we'll give you a coalition" is hardly the best of messages in any case, but we are in no position to deliver on such a pledge. As explained above, there are so many potential options and Lib Dem involvement in government is only one of many.

Effectively committing ourselves publicly to a coalition without knowing who our partners or what the terms might be is potentially problematic, to say the least.

6. It fails to recognise that the Liberal Democrats don't exist to provide "government at all costs". Clegg seems to believe that the Liberal Democrats naturally belong in government - his personal philosophy has become more than obvious in recent years. Being in government is useful so long as you are providing good government and have a respectful relationship with your coalition partner. But the desirability of being in government is not something that should be held to doctrinally, and there are a number of potential scenarios in which I would argue the best thing for the Lib Dems would be to opt for opposition. It all depends on the deal, of course - which is probably why it might not be a good idea to send out signals to potential coalition partners that we're desperate to get back into government.

7. Any Lib Dem leader would have to sell coalition to members. We will certainly need more than an AV referendum to convince us this time. Not only does Nick Clegg seem to pre-empt the result, the desirability of coalition, the attitudes of other parties and a workable and beneficial deal, but he also overlooks the small inconvenience of having to consult the membership. Why promise something to the electorate that he might not be able to persuade the party to accept?

That may be so, but that's a reason to vote Lib Dems - to return liberal MPs who will be a genuine "alternative" to the politics of Labour and the Tories. Indeed, there are many good reasons to vote Lib Dem in constituencies across the UK. But as for coalition...be careful what you wish for!

oldnat said…
"DUP are likely to secure around 12."

Andrew said…
None. I expect them to hold what they have. Which, as you point out, is eight.

Thanks for this - have made a correction. All the same, combined with what UKIP should get (and they yet surprise us) that would give the DUP and UKIP 14 seats, which could well be enough.
6:25 pm, January 04, 2015